We’re already halfway through the first month of 2020: it’s about time I posted something to my blog to usher in the new year. So, here it is: an update to my previous post about converting my Squier Strat into a lap steel guitar.

The slide experiments with my converted guitar—now dubbed the “Squier Slideocaster”—have gone well. I’ve started to learn a few tunes from videos by Troy Brenningmeyer which are really fun. My wife—a fan of country music—has described these tunes as “cheesy” and I suppose they might be a little! I like ‘em though and I’m thinking of ways to incorporate some of it into my songs.

Anyway, I have tweaked a couple of things: 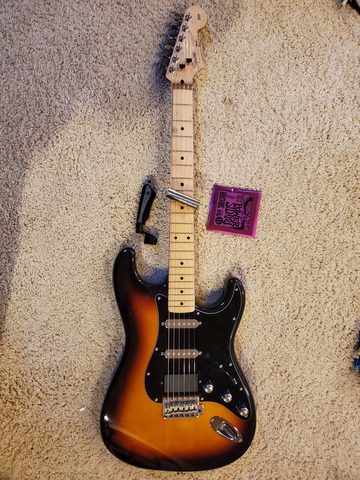 So I don’t forget what string gauges I used 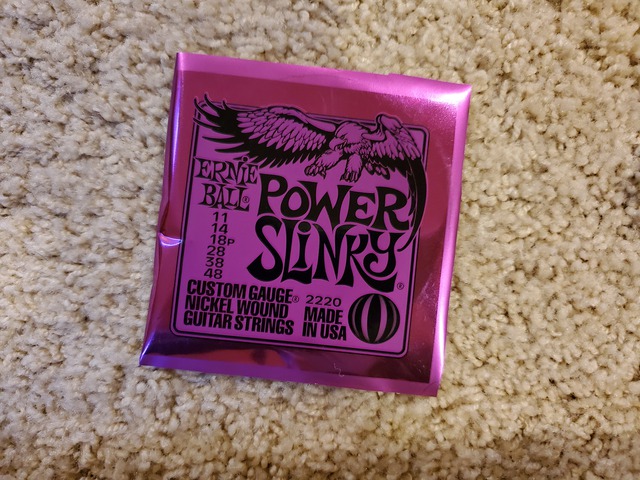 Illustrates winding of fifth and sixth strings; note that the first to fourth strings are all secured using after-market graphite string retainers 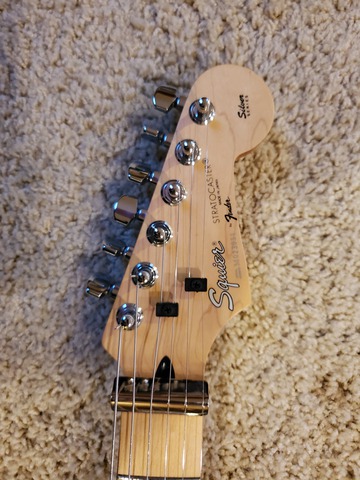 So far, I’ve been very pleased with things. Strings do occasionally pop out of the nut extender: it tends to be the fifth and sixth strings that do this. This is much improved by winding these two strings in the opposite direction from normal. This reduces the angle of approach of the strings to the slots in the nut extender. This seems to compensate for the fact that the headstock does not have a string retainer for the fifth and sixth strings which results in a very shallow string break angle across the nut for these two strings.

The biggest technique challenge for me so far has been figuring out the best way to hold the tone bar. So far the most effective way I’ve seen to do this is described by Patrick Agius in this video. I will admit that I’m using my regular guitar pick and naked fingers to pick strings since I have not figured out how to use finger picks yet.

Side note: I have been working hard recently to reduce the amount of clutter—psychological, physical and digital—in my life and the Slideocaster project has been one small part of my effort to make better use of the things I have and to “liberate” the things that I no longer need. I am glad to report that this little project has sated my urge to buy a lap steel or resonator guitar that I don’t really need.